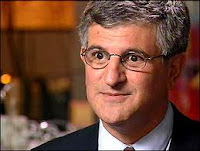 I watched Dr. Paul Offit on C Span Book TV.  I watched him talk about the glories of vaccines and recommend that people take more vaccines.  He recommended several vaccines that more adults should be taking.  Obviously the vaccine industry is looking to expand their market in the adult population.  He threw out many figures and facts which were bogus.  For example he threw out big numbers about all of the people who contracted H1N1, but he failed to mention that those numbers were only estimates and that the H1N1 tests were not approved by the FDA.  He of course, again stated that vaccines do not cause autism.

Dr. Offit also belittled the intelligence and research of people like Barbara Loe Fisher and Jenny McCarthy, by stating that they mean well, but in essence got their facts wrong.  I would love to see Dr. Offit take on either Barbara Loe Fisher or Jenny McCarthy in a one on one debate.
Many people who sincerely believe that vaccines are a good thing, have simply not researched the counter arguments.  That is not the case with Dr. Paul Offit.  He knows both sides of the argument, but he still persists in backing vaccines.  Equally disturbing about this broadcast was the fact that the audience was made up of doctors.  I watched a good portion of the question and answer period, and not one of those learned doctors, asked Dr. Offit any serious questions that would challenge anything he said.  One brother came close by asking about long-term side effects, but he was too diplomatic and Dr. Offit was able to brush him off.  We got to see the good old boys network in action.  I am sure that there were a lot of secret handshakes after the cameras were turned off. 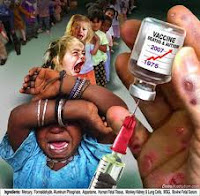 The most dangerous and disturbing thing about Dr. Paul Offit is that he comes off like an intelligent, objective, down to Earth doctor.  Only when one examines the facts regarding what he says, does his true nature become apparent.  I now understand why so many people are furious at Dr. Offit.
at 8:02 PM