The HIV Test - What Does The Package Insert Say?

This clip reviews the package insert of the HIV test and points out that the tests are worthless by the manufacturer's own words. This information is also covered inside my book: Vaccines Are Dangerous. 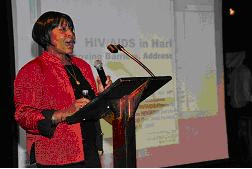 They have blogs, organizations and write articles encouraging Black women to get tested and beware of brothers on the “down low” who are bisexual or are players sleeping with multiple women. Such advice, no matter how well intentioned, is just wrong and is leading Black women to their doom. A percentage of those who take the HIV tests will test positive. From that point on their lives are ruined. They are placed on deadly drugs which will slowly kill them. It will be hard for them to get insurance. They will become emotionally and mentally devastated. Their sex life will be destroyed unless they decide to have unprotected sex with men without telling them about their HIV status which could lead to a jail sentence. A positive HIV test result is a nightmare for Black women as it is for everyone else. 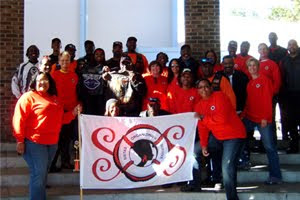 Furthermore, their desire to blame Black men is just one more attempt to create suspicion and further divide the Black woman and Black man. Should condoms be worn during sex? Obviously the answer is yes, but it has nothing to do with Black men in particular. The primary function of condoms is to prevent unwanted pregnancies. Therefore, whether the guy is Black, White or Yellow, a woman should insist a condom if the couple is not ready to have a baby. It is a sufficient reason for the use of condoms regardless of what one believes with respect to HIV.

Over the years I have done lectures and interviews in which I try to warn people about the lies they have been told regarding HIV and AIDS. In my book: Vaccines Are Dangerous – A Warning to the Global Community, I layout the counter arguments to the HIV myth and provide extensive documentation. I have also organized the Harlem AIDS Forums in which various speakers expose the HIV/AIDS Hoax from many different angles. These can be viewed here:
http://www.youtube.com/watch?v=g74Q7CtURTk
or here: www.vaccinesaredangerous.com

Black women trust the advice of other Black women. The powers that be know this all too well. This is why Black women who tell other Black women to get tested, they are able to get funding and easy access to the major media. These Black women are modern day Pied Pipers leading unsuspecting Black down a path of suffering and death. For this reason it is especially important for those Black women who have taken the time to read and uncover the truth about HIV/AIDS, to get the word out to sisters who don’t know.

Black Women, the Down Low, and HIV/AIDS
http://blackwomen-thedownlow-hivaids.blogspot.com/

Vaccines Are Dangerous – A Warning to the Global Community
www.vaccinesaredangerous.com

10 Reasons Why Black People Should Not Take The HIV Tests!
By Curtis Cost
http://www.blacknews.com/news/why_black_people_should_not_take_hiv_tests101.shtml
at 6:56 AM 3 comments:

Africans must tell Bill Gates and Britain to keep their vaccines and just send money. These are the same characters who are screaming that there are too many people in the world. Africans must remember the settlers who gave the Native Americans blankets infected with smallpox. I wonder how the British would react if Africans offered to give vaccines to British kids?
at 2:07 AM 1 comment:

Listen to internet radio with Kevin A Muhammad on Blog Talk Radio
I did this interview on June 3, 2011 along with a doctor who admits that the HIV tests are not reliable.
at 1:46 AM 2 comments: